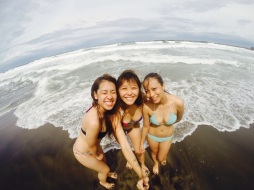 me to go to La Union with her to surf. We left for La Union riding the bus from Cubao Partas. It took us 6 hours to get there, if however you do have a car It would only take you 4 hours to get here because of the new highway. Buses just take a longer time because of the many stops it takes. We left at 530am and arrived at 1230pm. We stayed at Costa Villa resort which is right next to the beach. It is also beside Floatsam Jetsam a well known youth hostel there in La Union where we initially were supposed to stay in but was already fully booked. It was a long weekend so most hotels were fully booked.

San juan, La Union is known as the surfing capital of the Philippines. As soon as you get to the beach all you can see are surfers and big waves. We availed of surfing lessons the next day which costs 400 per hour and another 100 for the jeep ride where they take you to learn how to surf. Some places are dangerous to surf in for beginners, so they take you to an area where the waves are much smaller for you to practice on. We spent a total of 900 pesos each for two hours of surfing lessons. We had 1 hour and 30 mins on the small waves and we went back in front of the resort to try the last 30 mins on the bigger waves. 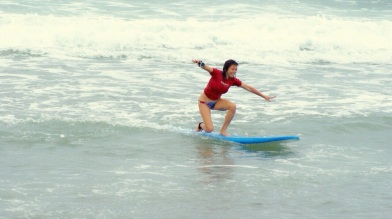 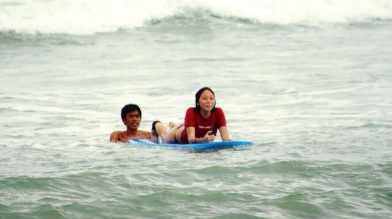 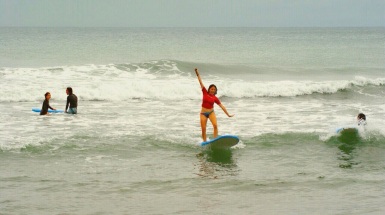 Our instructors were very accommodating and despite the fact that I twisted my knee when I jumped off the surfboard I was still b to surf the last 30 mins. The instructor just helped me a lot since I couldn’t paddle and it took me a longer time to stand but I wa 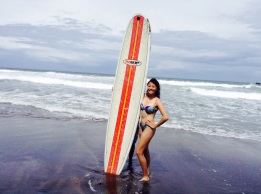 s able to long ride most of the time. It was such a great experience, my first time surfing! And it was really memorable. Afterwards we ate at Floatsam Jetsam, since they serve an array of different kinds of meals, the vibe of the place is something that you’ll want to experience. I would love to go back again even if just by myself. To watch and to catch some more waves and some sun.

Note: I suggest that you bring your own car. This i think is possible for even just a day trip or an overnight trip in case you don’t want to get tired and catch a little more rest since surfing is really physically tiring. Prepare at least 4000 per person and if you’re a lot maybe less. ENJOY!!